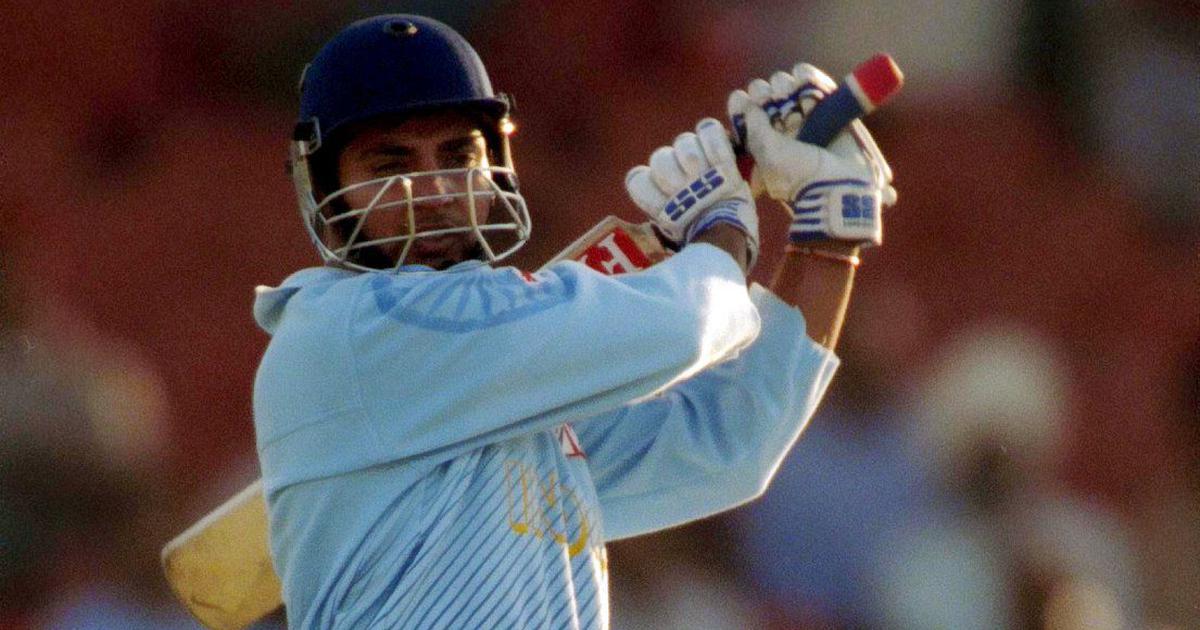 There were few sights scarier for batsmen in ‘90s cricket than Waqar Younis charging in at the death. The ball would get scuffed up by then and the Pakistan fast bowler’s pace and reverse swing made him almost impossible to get away.

Coming into the 1996 World Cup quarter-final against India, Younis had taken 198 wickets in 117 One-Day Internationals at an average of 21.73. A strike-rate of 29.4 showed that one couldn’t keep him out of the match for too long. He had the pace but more importantly, he also had the accuracy and the brains to make it all count.

A fine 93 off 115 balls by Navjot Singh Sindhu had set the base up for India after Mohammad Azahruddin had elected to bat first. By the time Ajay Jadeja strode to the middle to join Vinod Kambli, the home team had reached 200/4 after 41.3 overs.

At this point in his career, Jadeja was a bits and pieces cricketer. He could bowl a little, he could field well and he could bat a little too. He was known to be a smart player but he hadn’t quite clicked in international cricket and his statistics showed that.

Relive epic moments, rare interviews and more from the world of sport.

Things got even more difficult for India when they lost Kambli (226/5) and then Nayan Mongia (236/6). It was all on Jadeja at that point. The good start had been squandered away and the hosts were in danger of falling well short of a competitive score.

On paper, Jadeja against Younis was a huge mismatch in every sense. But on that day, the young Indian batsman had different plans.

Younis had started the match well. His first eight overs had yielded just 27 runs and with the Indian top-order back in the pavilion, he was expected to do even better but that was when Jadeja launched an assault of unimaginable proportions.

Younis was slaughtered for 40 runs in his last 2 overs.

Before the start of the 48th over of the innings, Jadeja was batting on 16 off 16 balls. But then he shifted gears and our perception of him in a timely fashion. By the time he was dismissed in the final over, he had scored 45 vital runs from 25 balls, including four fours and two sixes, including one over long-on played off the backfoot.

“I just was in the zone during that knock,” Jadeja told ESPNCricinfo later. “Everything went according to a perfectly executed script, except that it didn’t go the distance – I got out on the second ball of the last over.”

Given that Pakistan only managed to get 248/9 in their chase, it may not seem like Jadeja’s innings made that big a difference but the manner in which it changed the mood of the team and all those watching at the Chinnaswamy Stadium, it was a game-changer.

Pakistan wicketkeeper Rashid Latif, who had the best seat in the house, said, “Jadeja’s innings probably ranks as one of the best I have seen in ODIs. Waqar seemed under pressure, probably the first time I have seen him like that during the death overs, and the score just went out of our hands. Jadeja usually liked to chat a bit, and we got on well anyway, but that day he didn’t say anything – he just did it.”

You can watch the last few overs of India’s innings below: