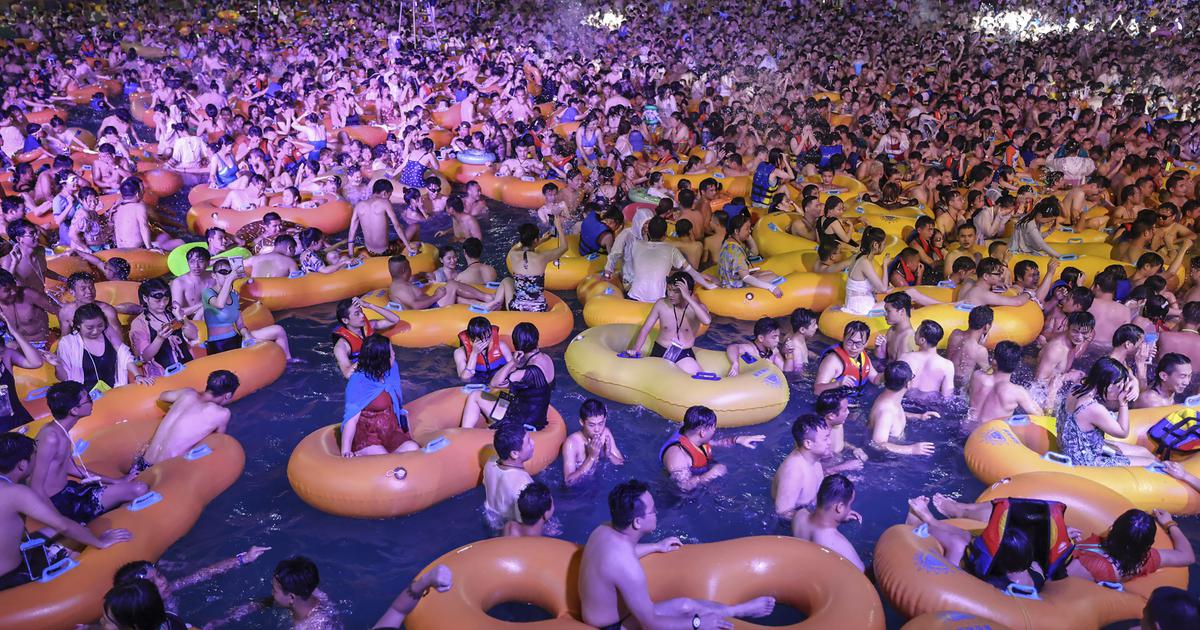 Chinese newspapers on Thursday defended images of a pool party at an amusement park in Wuhan, the original epicentre of the coronavirus outbreak. While people could be seen wearing swimsuits and life jackets at the Wuhan Maya Beach Water Park, none of them donned a mask. Reports said that the individuals attended an electronic music dance festival at the park.

The images had sparked concern around the world. However, Chinese state newspapers said they showed that life had returned to normal in Wuhan.

“It’s not only a massive pool party. Wuhan, the city where Covid-19 was first reported and the one hit hardest by the virus, is now welcoming an influx of tourists, and its economy is reviving, which local residents believed should not only be seen as a sign of the city’s return to normalcy, but also a reminder to countries grappling with the virus that strict preventive measures have a payback,” the state-run tabloid Global Times said in an editorial.

The newspaper said that while some Twitter users had questioned whether a video from the pool party was recent, the park said on Tuesday that it was taken recently. The park also said it took necessary measures to protect visitors’ and employees’ safety, such as temperature tests and disinfection, and allowed only half the previous number of visitors.

The Global Times claimed that Twitter users from China strongly defended the photographs and video. “They were locked down for 76 days, one of the strictest measures we have seen so far,” a Twitter user reportedly said. “They took the hard pain, now come out of it so fully and are entitled to celebrate their hard earned work in crushing the outbreak.”

Another Twitter user bemoaned the fact that Western countries accused China of violating human rights when it imposed a strict lockdown in Wuhan, but are now claiming that images of the pool party are “inhumane” because other countries are suffering. “These people gonna criticize whatever happens in the city, because it’s a CHINESE city,” the person said.

Life back to normal in Hubei

The 76-day-long lockdown in Wuhan, the capital of Hubei province, was lifted in April. No new locally-transferred cases have been officially reported from the province.

The Hubei government is trying to boost the local economy and has been offering free entry to 400 tourist sites. The park too is giving female visitors entry in half the original ticket price.

At the festival, attendees partied in waist-deep water while some sat on rubber dinghies. A performer hovered above the attendees with spark shooting from the back. Partygoers took photos on their phones, which were kept protected in plastic pouches, as a disc jockey played on the stage.