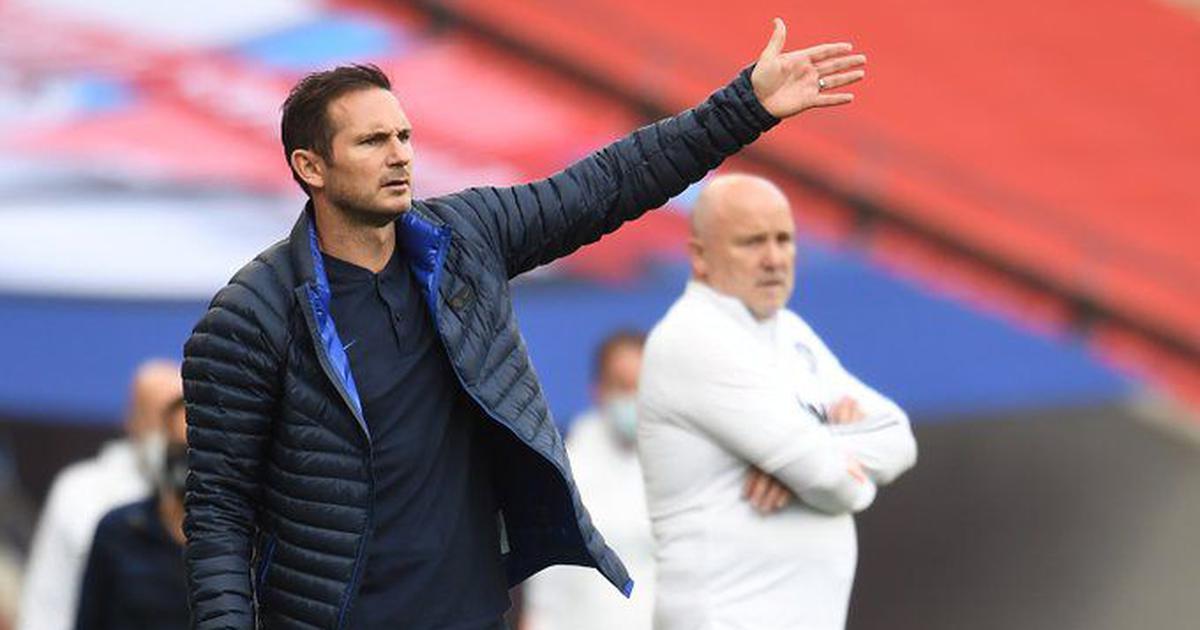 Chelsea manager Frank Lampard insists he can cope with the pressure of having to deliver a Premier League title challenge after a spending spree of around £200 million ($259 million).

Lampard has spent more than any other Premier League manager since the end of last season as he aims to close the gap on champions Liverpool.

The Blues finished 33 points behind Liverpool in fourth place.

They are expected to be significantly stronger this season thanks to the signings of Timo Werner, Kai Havertz, Ben Chilwell, Hakim Ziyech and Thiago Silva, with some pundits tipping them to take Liverpool’s title.

While Lampard enjoying a trophy-laden career as a Chelsea player, the 42-year-old is in only his second season as Stamford Bridge boss and has never had such expectations on his shoulders before.

But Lampard, whose team open their Premier League campaign at Brighton on Monday, believes any Chelsea manager will always be under pressure to win trophies, given the stature of the club.

Embracing the increased demand for silverware, he told reporters: “The pressure to improve is standard here. That comes with the territory of this job.

“Other people can talk about whether we challenge or not. Expectations will always be there and I thrive on them. I came here to try and win.”

Chelsea’s spending recalls the early days of owner Roman Abramovich’s reign, when he routinely spent millions to establish the west Londoners as a major force.

Yet Liverpool boss Jurgen Klopp has questioned whether Chelsea will be able to blend all their new faces into a coherent unit.

‘A word of caution’

Striking a note of caution about Chelsea’s ability to thrive immediately, Lampard said: “We have finished a lot of points behind in the last two seasons so we have to first look at closing the gap and building confidence. I’m not jumping ahead.

“I don’t want to talk about us making statements. We should be excited but also have a word of caution that we need to work with the new players and my job is to get them settled and get the team working as well as possible.

“Unfortunately it’s been a broken pre-season for everyone and when you’re bringing in new players you have to work very hard very quickly. We’ll do that.”

Lampard’s spending might not be done yet, with French club Rennes confirming Chelsea have made contact about signing Senegal goalkeeper Edouard Mendy to compete with the error-prone Kepa Arrizabalaga.

Fikayo Tomori, one of the youngsters Lampard blooded successfully last season, could find opportunities more limited this term because of Chelsea’s spree and the centre-back has been linked with a loan move to Everton.

“Fikayo trained with us today and is in contention for the Brighton game so that’s where we’re at,” Lampard said.

Lampard will not be able to unveil all his new signings at the Amex Stadium on Monday as Ziyech and Chilwell are sidelined by injuries.

Silva is yet to train with Chelsea after taking extra time to rest following Paris Saint-Germain’s run to the Champions League final in August.

“Thiago Silva is now in London but not training with us until the weekend so I doubt very much if he’ll be involved at Brighton,” said Lampard.

On the plus side, Lampard expects Christian Pulisic and Cesar Azpilicueta to be involved after the pair suffered injuries in the FA Cup final defeat against Arsenal last month.