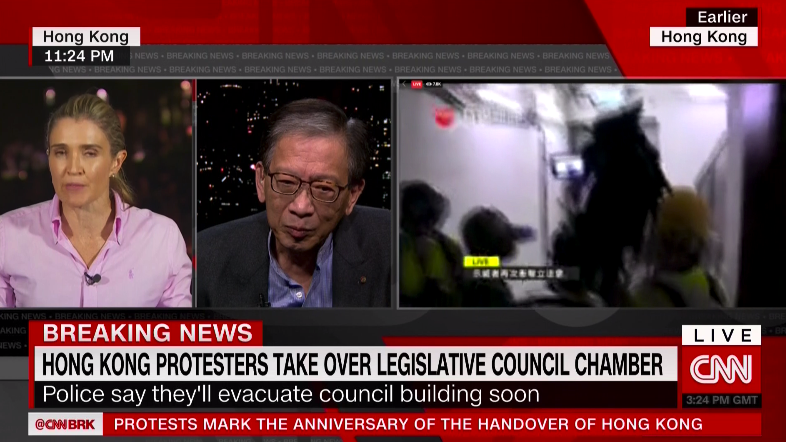 Alan Hoo, vice chairman of the pro-Beijing Liberal Party, said the Hong Kong community would not be happy with protesters’ actions today.

Anyone who has lived and worked in Hong Kong will not expect the scenes we have seen today,” he said.

Hoo added that protesters’ demands had been met, the extradition bill had been suspended and that there was no need to storm the seat of the government.

There is no doubt what they’re saying has been well listened to. You must be deaf and blind to (not) see what’s … going on,” he said.

He said the police had “made a point today” by leaving protesters to take the building.

“They said, ‘Okay come in’ and what happened? They trashed the Legislative Chamber. This is not a protest movement. This is vandalism,” he said.

“The breakdown of law and order is the critical point you’ve reached today … The world is watching and this is not a peaceful protest.”