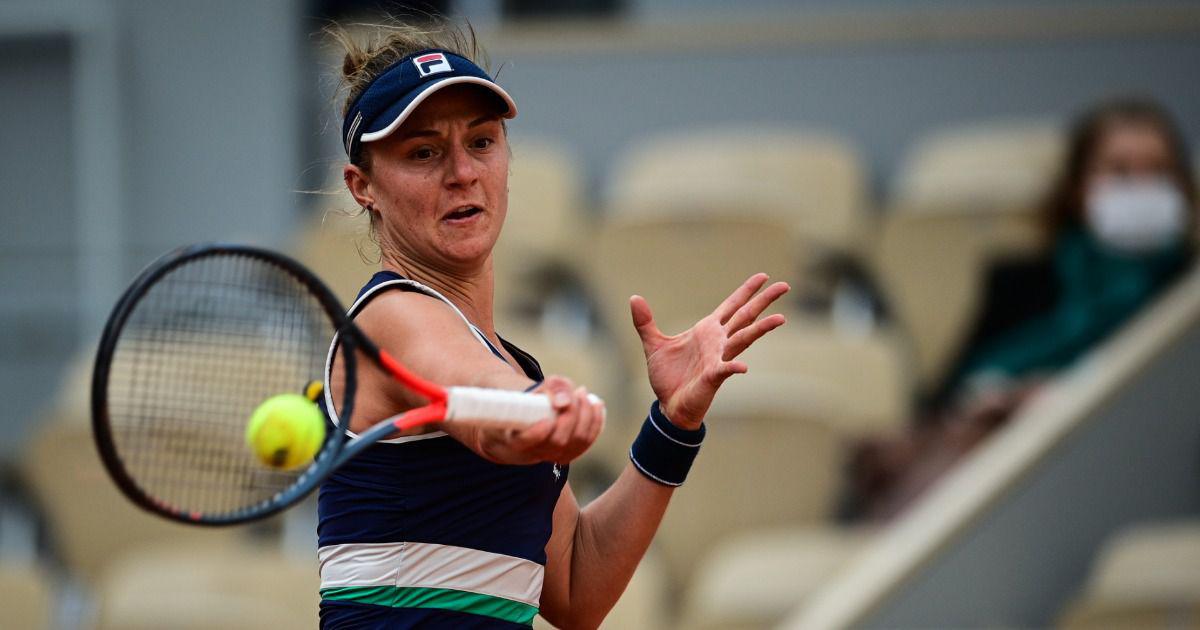 World number 131 Podoroska had never won a Grand Slam main draw match before the tournament and is the only the third female qualifier to make the last four of a major.

Podoroska, 23, will play Polish teenager Iga Swiatek or Italy’s Martina Trevisan as she attempts to become the first women’s qualifier in history to advance to the final of any of the four Majors.

Alexandra Stevenson reached the semi-finals at Wimbledon in 1999 while Christine Dorey achieved a similar run at the 1978 Australian Open.

“It’s a little bit difficult for me to speak now after the match,” said Podoroska, whose only other Grand Slam appearance came at the 2016 US Open.

“We did a very good job with my coaches during the (coronavirus) quarantine. I’ve been training a lot with all of my team I think that’s why I’m here today.”

It was the first time Podoroska had even faced a player inside the top 20, having started the year ranked a lowly 255.

Podoroska is also the first Argentine woman to reach the last four of a Slam since Paola Suarez in Paris in 2004. Gabriela Sabatini, the 1990 US Open winner, is the country’s only women’s Grand Slam singles champion.

For Svitolina, it marked a third quarter-final defeat in as many attempts at Roland Garros, having also lost at this stage in 2015 and 2017.

The Ukrainian hit just eight winners – the same number of times she dropped serve – as she slumped to her worst defeat at a major in terms of her opponent’s ranking.

“I had the opportunity but it didn’t happen, and right now it’s for sure upsetting, but in the end life continues,” said Svitolina.

“I think there was many things that let me down today.”

Who cares about this Bihar election?

Why e-tailers have sharpened their focus on ‘value’ play

Without large enough stimulus from Centre, there’s only so much RBI can do to stimulate GDP

This “Be Our Guest” Parody Calls Out Covid-19 Deniers And Reminds People To Wear...

NewsTells - 21st October 2020
The outbreak of the coronavirus was declared a pandemic in March 2020 so you’d think by now we wouldn’t have to ask people...

Six Russians accused of the world’s most destructive hacks indicted

EU Plans To Get Rid Of Unpaid Internships So That People Will Be Valued...

NewsTells - 21st October 2020
Does it ever seem that companies’ requirements for new hires are more unrealistic than ever? You’ve probably seen the memes mocking potential employers...
© Copyright 2019 www.newstells.com. All rights reserved.